We Still Wanna Be Hot 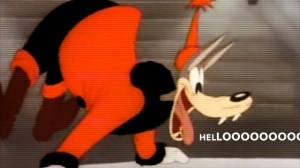 I remember as a college student, we girls knew it was a sure sign of spring and early summer when we’d start getting waves, calls and horn honks from the town & construction truck drivers who drove through campus. At the time, that attention made us uncomfortable and embarrassed, and we sought comfort with each other by making comments like “ugh, that’s so disgusting.”

Flash forward about 30 years, and if that happened now I’d smile and wave back with appreciation. Because, let’s face it, as we head into our more mature years, those cat calls and honks come much more infrequently. Ironic, because now is when we need them most for our egos.

There is a great episode of “The King of Queens” when Doug bribes the construction crew down the road to toss catcalls at his wife as she walks by on her way home in the evening. He gave them beer to keep it up, because the result was Carrie came home in a good mood, and he benefited from that. All was great, of course, until she found out he was bribing them.

One of the best things about that episode is that Doug was not at all threatened by the construction guys. He knew she was in no danger, and had no concern that she would suddenly turn around and run off with one of them. He simple figured out it was an easy way for her to feel good about herself.

Recently, one of my R.W. BFF’s, who has been losing weight on a diet, shared with me how much of an ego boost she had received that day because of compliments from two different male associates at her work. Again, she had no illusions of the comments leading to anything. It just felt good that some male, other than her husband, found her attractive.

You see, for us married R.W.’s, we 100% appreciate the fact that we have a supportive and loving hubby or partner at home, who dutifully gives us attention and compliments. But in a way, we feel like that is part of the marriage contract…after the “until death do us part” agreement, there is a “no matter my age or weight, you will tell me I’m beautiful and sexy” addendum. We know they need our confirmations and accolades just as much as we do. It’s just part of the deal.

As the years roll on, however, our confidence in being attractive to anyone other than our life partners dwindles. We start to focus probably too much on our wrinkles, grey hair, body parts pulled south by gravity, and muffin tops.   Those young women we once were, who strode confidently down the street in cute showy outfits now struggle to find something to wear that won’t make us look dumpy, dowdy, and like someone’s mom or grandma. Which is of course what we are.

So when some sort of unexpected attention flows our way, we are downright tickled by it. Of course, there remains a line between creative and creepy, appreciative and harassing. And certainly I’m not condoning objectifying women, or wanting to start a heated debate.  Because of modern day sensitivities, I think many of us, male and female, are hesitant to express harmless comments of admiration for fear of being taken the wrong way. I know most of us R.W.’s avoid saying what we are thinking because we don’t want to come across as Cougars on the prowl. Pity, as I’m sure there are plenty of men of all ages who wouldn’t mind being told they look good or have a nice smile. Instead, we R.W.’s will wait to have safety in numbers during a girls night out, and do some risk-free flirting with an outnumbered waiter, completely embarrassing him and enjoying it.

Thankfully, there are still a few brave souls out there who have seemingly mastered the art of creative and harmless commendations. Shortly after I got my new car, I was maneuvering through a crowded parking lot, attempting to not run over a group of men leaving a restaurant. One of them paused by my window and said “That’s ok, I’d get run over by you any day.” Of course, it wasn’t until an hour later that I thought of a snappy comeback about him being a nice hood ornament.   I will from time to time get some attention when I’m out on my bicycle. One guy who passed me on his motorcycle put his hand out and made a gesture as if he would have squeezed my tushy. As a young girl I would have been offended. Now I laughed.

The attention doesn’t even have to be sexually motivated. Opening a door with a smile is enough to boost our moods. Talking to us like we are the smart and impressive women that we are, works. Unexpectedly recognizing our hard work or efforts does wonders.   Last week my workout coach complimented me on my muscle tone. Of course I realize that I literally PAY him to say things to motivate me. But I don’t care, even if it was B.S., it made me feel good and made me work harder.

One of my R.W. friends told me the nicest story the other day. Her son, a big, burly, handsome young man, had assisted an elderly woman with finding her seat on an airplane. She had been thrilled and appreciative of his kindness, and I’m sure by his looks as well. My friend’s son, when describing this experience to his mother said “She may have been 90, but I saw a 22-year old girl in the sparkle of her eyes. “ How wonderful that comment was. It shows that he understood that no matter how old we get, we still want to be appreciated as women. We still wanna be hot.

So embrace every moment, every compliment.

Yesterday a BFF texted me and said “I got catcalled last night!”  My response: “Woo hoo!”